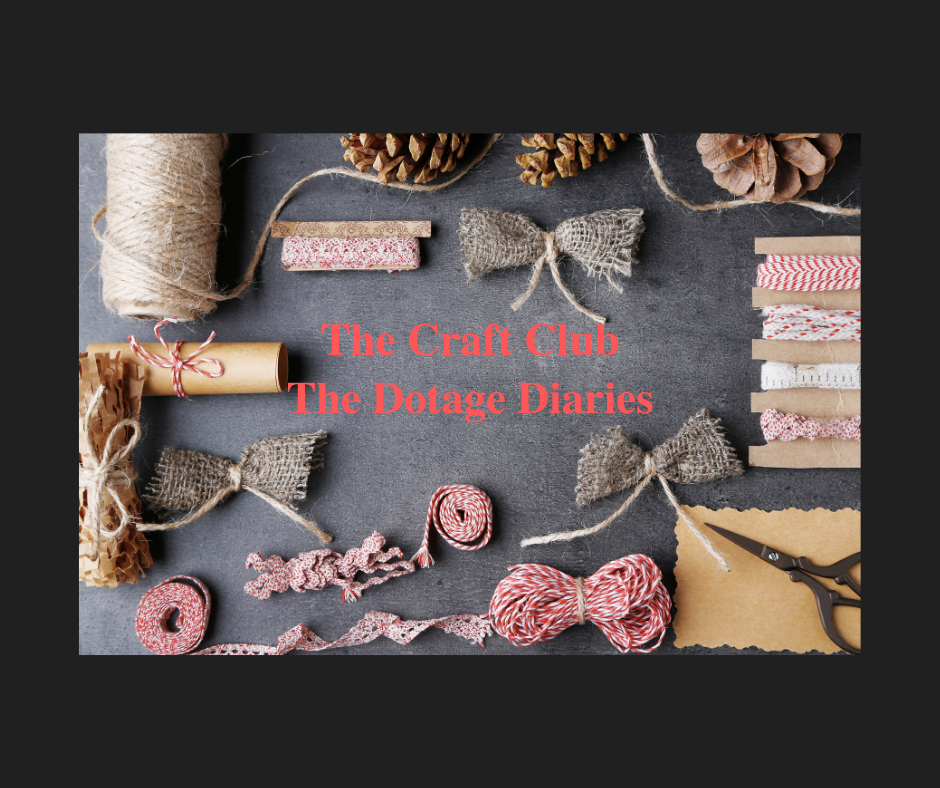 The fact I started writing the Dotage Diaries means I've reached that time of my life when I start conversations with the words, 'I remember when,' which tells me I've, involuntarily, joined the C.R.A.F.T Club

'I remember when I was your age,' was how my grandfather used start his sentences and I would wait, wide-eyed with anticipation, to hear what sparkling adventures he got up to when he was the age I was then. It makes me laugh now because, I do that now.

Some I can't remember where I left my car keys five minutes ago, yet I can tell you about the time I fell into a bed of stinging nettles aged five. My big brother had told me umpteen times not to walk along a wall fringed by 4-foot grandfather stinging nettles. I blatantly ignored him, and he got all the blame after I fell head first in amongst a clump of bearded Urtica dioica.  I screamed all the way back to the house and spent the next few days covered in camomile lotion.

So how come I can remember what my homework was when I was eleven, but can't remember which floor of the multi-story park I left my car an hour ago? Something to do with decreased blood flow to the brain. I used to able to stand on my head quite regularly. I wonder if I still can? It might be an idea to try to precipitate a rush of blood to my brains.

All of the above is telling me that I have, unwittingly, joined the C.R.A.F.T Club.

I remember when... here we go 🙄... I first heard about the Craft Club. I was earwigging a conversation between my late step-father and one of his oldest friends as they laughingly agreed they had both joined the C. R. A. FL TL Club. I thought it was unlikely that someone as macho as my step-father would be signing up to master the art of crocheting, or mashing up bits of paper with starch to make unidentifiable papier-mâché shapes. But, whatever club he had joined, it was the source of much amusement.

Then, one of my gorgeous older friends, who always made quick work of the Times General Knowledge crossword, became frustrated when she started taking longer to finish it.;

'I know all the bloody answers,' she grumbled, 'I just can't remember them.'

So, if you don't know already know, you will have worked out that the C.R.A.F.T as in Craft Club, stands for Can't Remember an F-ing Thing.

Right, I'm off to see if I can remember how to stand on my head, failing that I'm going to improvise, and hang upside down in a chair.