I have finished writing novel number two, The Secret Lives of the Doyenne of Didsbrook, although I am still going through it with a fine-tooth comb. I can honestly say that I have loved every minute of it. 😀

The idea for 'The Doyenne' came from my short story, An Honest Review, which was listed in 2019. The short story focused on a writer's group meeting, but I loved the characters so much that I just kept going.

When I wrote Just Say It, I chose places I knew reasonably well to set the story, but for 'The Doyenne', I decided to create a fictitious town, Didsbrook, somewhere in the Home Counties - not to be confused with Didbrook (without an s) in Gloucestershire.

I never knew that creating a place could be so much fun!

Didsbrook is a sleepy market town steeped in history. Life there remained undisturbed for centuries until 2018, when its most famous resident, the former darling of London's West End turned best-selling novelist, is found dead.

I call 'The Doyenne' a murder-mystery spoof, but behind the humour, the bittersweet secret life of the main character slowly unfolds. I'm not going to give away the plot here, but I would like to give you a brief introduction to Didsbrook. 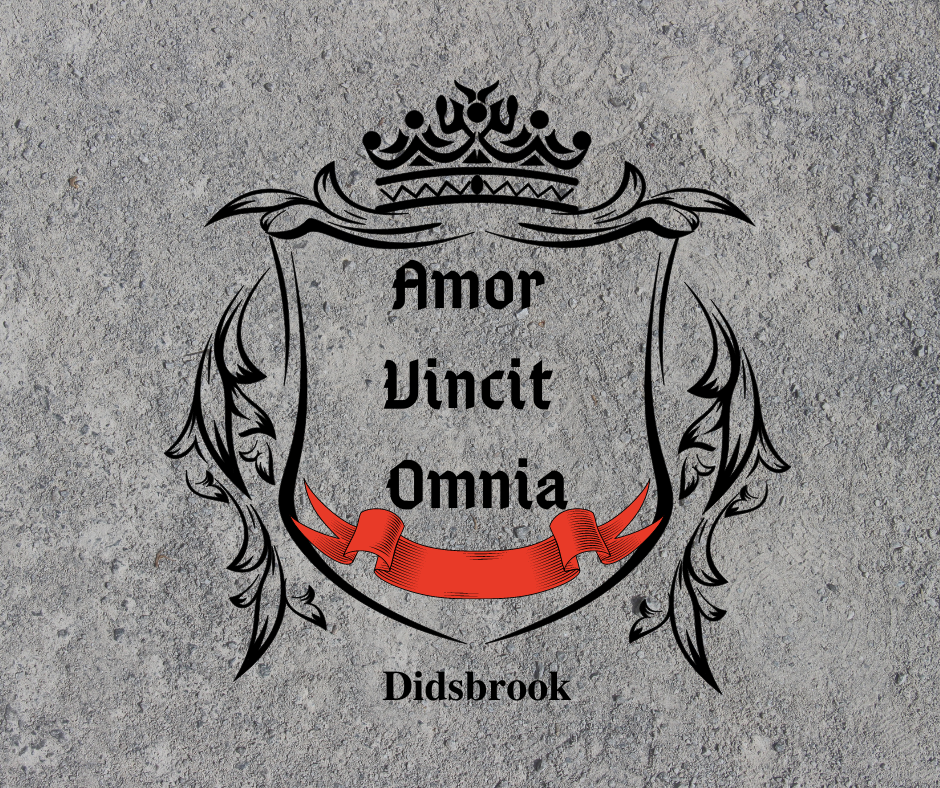 The sleepy market town of Didsbrook in the heart of the West Downs National Park grew out of a settlement in an elevated area from where ancient Britons could prepare themselves against unprovoked attacks by marauding tribes who could be spotted approaching from miles around.

Today, the town is still surrounded by undulating countryside inhabited only by indigenous wildlife and hundreds of Friesian cows. However, Didsbrook's historical past is everywhere.  It’s well known for its Neolithic sites, the Fallen Megalith in Wayland Woods and the Ring of Raga in Nob Lane, but the town hit the headlines during the 1920s after a cache of Bronze Age socketed axe heads were found buried in Wayland Woods.

In 43AD, Roman armies claimed the land here, which they named Didsbrookium and developed it into a market town. Then, in the early 6th Century, the Romans decided to leave because of sustained attacks from Ancient Britons and Germanic tribes, which proved too much, even for the mighty Romans, but they left their stamp. The Didsbrook Preservation Trust fully explores its Roman history so visitors to the town can see exhibitions depicting everyday life in and around Roman Didsbrook.

Didsbrook's Tudor heritage is the most prevalent. Visitors are guaranteed an uplifting experience browsing the cobbled streets lined with the black and white timber-framed Tudor houses. The original pillory in the marketplace and the jewel in Didsbrook's crown - the magnificent Didsbrook Manor, which, until 2018, was one of the oldest lived-in properties in the United Kingdom, which is now under the conservatorship of The Didsbrook Preservation Trust.

Didsbrook's church, dedicated to St. Peter, was built in the 14th Century and is also well worth a visit. What is known as ‘medieval graffiti’ is etched on many of the pillars in the nave, including the words, ebrietas frangit quicquid sapienta tangit. Which means, ‘drunkenness breaks whatever wisdom touches’.

A visit to the Grade II Listed Strand Theatre in Gossamer Street is a must. Built in the 18th Century as a Methodist church, the building was renovated in 1985 by the philanthropist and founder of the internationally acclaimed Didsbrook Amateur Dramatic Society, the late Dame Jocelyn Robertshaw, C.B.E., the former Shakespearean actress who became the darling of London's West End - Didsbrook's most famous resident. Dame Jocelyn was the only daughter of Albert Strand, of Strand Banking fame. The Strand family lived in Didsbrook for over five hundred years until Dame Jocelyn's death in 2018.

Didsbrook is well off the beaten track but can be accessed either by train or by car, but those arriving by car are requested to leave their vehicles at the Wayland Woods Dairy car park as the town is essentially pedestrian-only.Didsbrook is one of the shiniest jewels in the British heritage crown, and we guarantee you will enjoy your visit there.